It took the mobilization of ECOWAS, African Union and United Nations’ military troops to force the former President of The Gambia to relinquish power after HE Mr. Adama Barrow was inaugurated at the Gambian Embassy in Dakar Senegal.

REPAOC emphatically reasserts its unreserved conviction that power can no longer be confiscated by force, by arms and by violence when the people freely choose their leaders.
To support Peace in The Gambia, REPAOC urges His Excellency Adama Barrow to use all legal means to restore the country’s national unity and to work for the implementation of the United Nations and the African Union’s respective 2030 and 2063 agendas.

Considering the multiple challenges facing African people in their daily efforts to stamp out poverty, this situation is one too many.
REPAOC calls on the international community and all development partners to make firm and bold decisions to bring gravediggers of democracy before the competent courts.

REPAOC thanks the leadership of HE Mr. Macky Sall, President of Senegal, for his commitment to the whole process of managing the post-election crisis in the Gambia.

REPAOC urges the President-in-Office of ECOWAS, Her Excellency Ellen Johnson-Sirleaf, to reintroduce the Protocol on the Limitation of Presidential terms of office in West Africa in the Regulatory Acts of the Commission.
REPAOC will spare no effort to promote the effective materialization of this protocol in all Member States.
On this day, we are launching a campaign “for the adoption of the protocol on the limitation of presidential mandates in West Africa”. 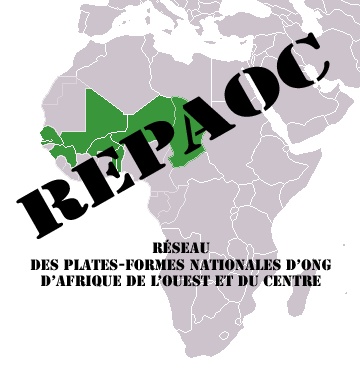