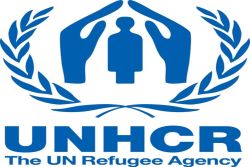 We, the Ministers and Designated Representatives of ECOWAS Member States, assembled in Abidjan, Côte d’Ivoire, on 25 February 2015, for the first Ministerial conference on Statelessness in ECOWAS Member States, facilitated by UNHCR and ECOWAS from 23-25 February 2015, in collaboration with the United Nations and OIM, in the context of UNHCR’s campaign to end statelessness within 10 years:
Considering, the revised Treaty of Economic community of West African States (ECOWAS) signed in 1993 in Cotonou;
Considering, Protocol A/P5/5/82 relating to ECOWAS citizenship signed on May 29th, 1982 in Cotonou;
Noting that millions of people in the world, including hundred of thousands in West Africa are not considered to be nationals by any State and are thus stateless, which limits their enjoyment of the full range of human rights;
Recognizing that significant work remains to be done in order to obtain detailed information on the causes of statelessness, the number and profile of stateless persons in the ECOWAS region, and obstacles to solutions;
Recognizing that relevant stakeholders and at-risk populations have not yet been sufficiently informed of the causes of statelessness as well as its consequences and this gap in information makes it difficult to obtain data and implement effective response strategies;
Taking into account the security situation in West Africa and the need to define appropriate measures particularly in the area of transborder  and identity based crimes in the application of measures to combat statelessness;

Recognizing that a number of causes give rise to statelessness in West Africa; and concerned by the high number of stateless persons in the region, including children;
Underlining the importance of the principles of equality and non-discrimination, particularly as they relate to the transmission of nationality to a spouse or child;
Noting that the African Charter on Human and Peoples’ Rights does not explicitly guarantee the right to a nationality;
Recalling that the right to a nationality is a fundamental human right enshrined in the Universal Declaration of Human Rights and in other international and regional human rights instruments to which we ECOWAS Member States are party, including the African charter on the Rights and Welfare to the Child, which provide that every child shall acquire the nationality of the State in the territory of which he or she has been born if, as the time of child’s birth, he or she not grated nationality by any other State in accordance with its laws;
Reaffirming the fundamental importance of the right to freedom of movement within West Africa and our firm commitment to the implementation of ECOWAS Community law;
Welcoming the accession of the 1954 Convention relating to the Status of Stateless Persons and /or the Convention on the Reduction of Statelessness by seven West African States since 2011;
Noting that the gaps in legislation, conflict of laws, lack of birth registration compounded with other lack of evidence as to identify and nationality, State succession and lack of measures to provide nationality to the affected population, are likely to create statelessness in the ECOWAS region;
Underscoring that West Africa has traditionally experienced movements of population, including situations of prolonged migration and forced migration;
Considering that risks of statelessness arise affected populations are either undocumented and unable to establish proof of their legal bond to their country of origin, or unable to acquire the nationality of the of birth or residence;
Recalling that under the auspices of the African Union, ECOWAS Member States adopted the recommendations of the Migration Policy Framework, which include accession to and compliance with the 1954 and 1961 Statelessness Convention and the development of national legislative and policy frameworks to counter statelessness, particularly in cases of long-term residents, by reforming citizenship legislation and/or granting rights similar to those enjoyed foreigners residing in the country;
Welcoming the Declaration of the Third Conference of the Ministers in charge of Civil Registration, which reaffirms the commitment of States to improve civil registration and vital statistics;
Commending the important steps taken by some West African States to reform their nationality laws so as to prevent and reduce statelessness and to implement strategies to resolve existing situations of statelessness;
Recalling that nationality in our countries is the basis for ECOWAS citizenship and that the absence of nationality is a serious obstacle to integration in our region which undermines achievement of the goal of regional integration;
Noting with alarm that stateless persons face a grave humanitarian situation, since the absence of nationality constitutes a serious  impediment to the exercise of the rights enumerated in, amongst other instrument, the African Charter on Human and Peoples’ Rights, including access to health, education, social protection, freedom of movement identity documentation;
Convinced that the enjoyment of the right to a nationality contributes to the peace and security of the region as well as to social and economic development;
Noting that the laws and regulations of ECOWAS do not make provisions for the protection of stateless persons and affirming the importance of protecting stateless persons;
Commending ECOWAS and UNHCR for their sustained efforts in the campaign against statelessness in West Africa;
Expressing our support for UNHCR’s global campaign to end statelessness by 2024;
Mindful of the need to satisfy the assistance and protection of stales persons and to seek durable solutions in collaboration with ECOWAS Member States and to address the root causes of statelessness and develop national laws that are in accordance with international law;
Having considered the reports on the causes and consequences of statelessness, as well as potential measures to prevent, reduce and resolve statelessness in the ECOWAS region prepared by the senior officials and experts assembled on 23 an 24 February in the first segment of the Ministerial Conference;
Declare the following:

2. We undertake to prevent and reduce statelessness by reforming constitutional, legislative and institutional regimes related to nationality in order to include appropriate safeguards against statelessness, in particular to ensure that every child acquires a nationality at birth and that all foundlings are considered nationals of the State in which they are found;

3. We affirm our commitment to implement, as appropriate, the relevant provisions of the Convention on the Elimination of All Forms of Discrimination against Women and the Protocol to the African Charter on Human and Peoples’ Rights on the Rights of Women in Africa and to ensure that men and women have equal rights to acquire , change and retain their nationality and confer nationality to their children;

4. We invite the member States who have not yet done so to accede as soon as possible to the 1961 Convention on the Reduction of Statelessness and call upon all Member States, with the support of UNHCR, to review their nationality laws and related legislation to bring them into line with the Convention;

On Human and Peoples’ Rights on the right to an nationality;

6. We affirm our commitment to reduce risks of statelessness by reinforcing civil registration mechanisms and particular to ensure that every child registered immediately after birth, and that late birth registration procedures are accessible to all unregistered individuals born in the territory;

7. We undertake to ensure that all individuals entitled to nationality under domestic law are able to acquire documentary proof of their nationality;

8. In the context of the fight against transnational crime, we undertake to manage civil registration data taking into account both the need to combat identity crimes and to prevent and reduce statelessness, and urge ECOWAS and UNHCR to promote collaboration among Member States for this purpose;

9. We urge relevant ECOWAS institutions to study how migration within West Africa and migration originating  from West Africa can lead to situations of statelessness and to propose practical measures , premised upon collaboration with Member States, to facilitate confirmation of nationality of nationals abroad and to promote issuance of identity documentation to nationals abroad;

10. We undertake to conduct sensitization campaigns on the risks of statelessness and to disseminate information on the procedures related to the acquisition and confirmation of nationality;

11. We undertake to prevent statelessness in a migratory context by ensuring that migrants and their families who fulfill residence and other requirements have access to procedures for acquisition of nationality by naturalization and that off-spring of migrants can acquire nationality through the application of appropriate criteria, including birth in the territory;

12. We call upon ECOWAS to integrate into Community law measures to ensure the eradication of statelessness and to guarantee the right to a nationality for anyone with a relevant link to an ECOWAS State, within the context of relevant treaties, protocols and commitments;

13. We undertake to take appropriate measures to ensure that affected populations can confirm or acquire a nationality in cases of States succession;

On the identification and protection of stateless persons
14. We invite Member States who have not yet done so to accede, as soon as possible, to the 1954 Convention relating to the Status of the Stateless Persons;

15. We will endeavor to improve our data collection programs, in accordance with the Principles and Recommendations for Population and Housing Censure of the United Nations, in order to systemically identify stateless persons, while respecting the principle of confidentiality and human dignity;

16. We undertake to implement appropriate measures in order to enable stateless persons  to obtain a legal status in accordance with the 1954 Convention and international human rights standards, thereby allowing them to live in dignity;

17. We call upon ECOWAS to put measures for the integration and protections of stateless persons in the Community law;

On the resolution of existing situations (solutions)
18. Where stateless populations have been identified, we undertake to implement any required law and policy reforms to grant nationality to stateless persons on the basis of criteria such as birth in the territory and long-term residence;

19. We undertake that existing procedures for acquisition of nationality are available to stateless persons;

20. We endeavor to ensure that information on nationality rules and procedures is available to all stateless persons, including through community outreach efforts;

On strategies and partnership in the fight against statelessness
21.  We approve the recommendations formulated during the technical segment of this Conference;

22. We commit to designate Focal Point on statelessness matters and to meet regularly under the auspice of ECOWAS and in collaboration with UNHCR, in order to assess progress in the implementation of the recommendation of this Conference;

23. We invite Member States to discuss efforts to end statelessness in the context of the post -2015 Sustainable Development Goals;

25. We undertake to work in partnership with UNHCR, ECOWAS and other stakeholders, notably the African Union, United Nations office for West Africa (UNOWA), Office of High Commissioner for Human Rights (OHCHR), UN Women, United Nations Children’s Fund (UNICEF),  United Nations Office for Coordination of Humanitarian Affairs (UNOCHA), United Nations Population Fund (UNFPA), the International Organization for Migration (IOM) and civil society to better understand statelessness and to jointly resolve this problem in accordance with international law, including the relevant resolutions of the United Nations Assembly, the conclusions of the Executive Committee of the High Commissioner’s programme and resolutions on the right to nationality of the Human Right Council;

26. We decide to remain seized of the matter.
Done, in Abidjan on 25th February 2015 by the Ministry of Interior and Justice of ECOWAS Members States. 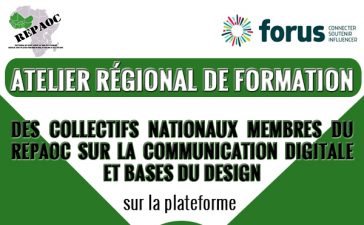 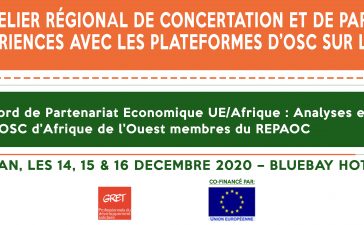